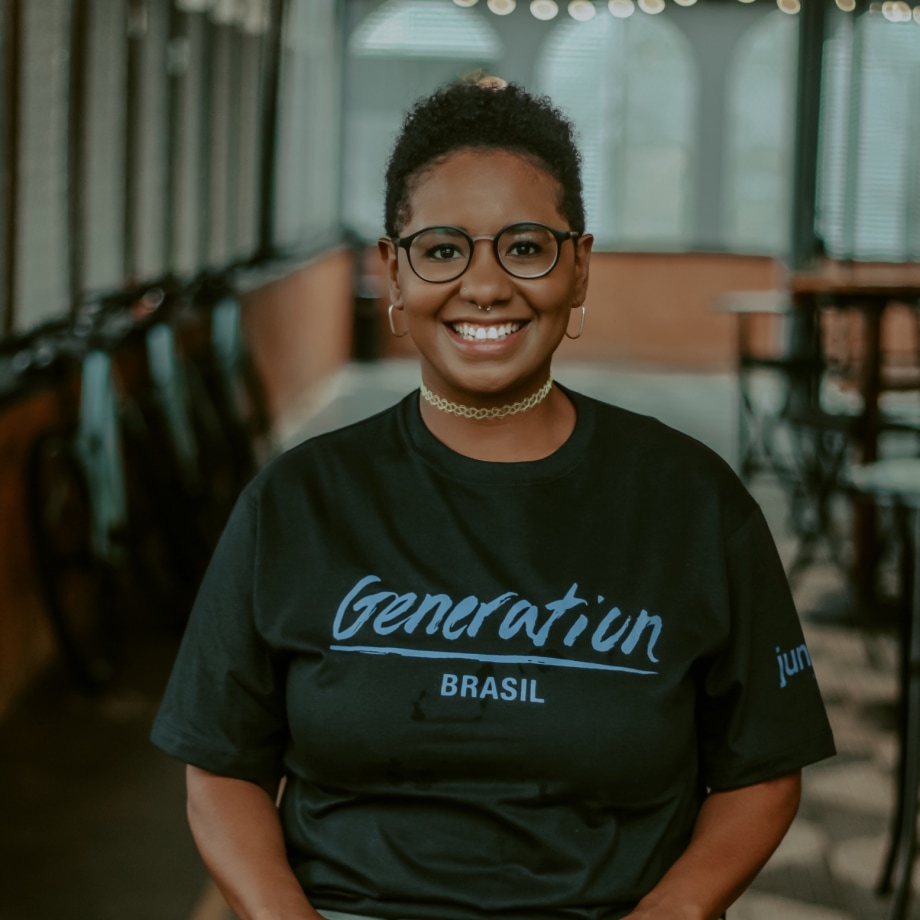 Tamires is a mother of a baby boy named Theo and a graduate of the program “Juntos,” a bootcamp for people of color, run by Generation Brazil with support from McKinsey & Company, including in-kind advisory services and cash grants to help promote diversity and inclusion.

THE OPPORTUNITY IN TECH

In the midst of the global pandemic, Tamires and her husband, a professional barber, became unemployed. A friend of Tamires learned about Generation Brazil and their work to prepare, place, and support people into life-changing careers. Tamires was interested in the opportunity to enter the technology sector, because she saw that the sector is attracting more and more women (even though they still represent only 20% of the workforce according to the Brazilian Institute of Geography and Statistics (IBGE)).

For her, the bootcamp wasn’t easy. “It was an everyday challenge, as the classes are from 8 am to 5 pm, and it was very intense. I could not afford to pay the primary school fees for my son, and the nurseries were closed, but I had a support network,” she comments. She seized the opportunity to learn a new profession. Although she thought about giving up several times, she persevered and finished the program.

Generation Brazil connected her to employers, and she reached out herself as well. Through her hard work on LinkedIn, she scheduled several interviews. In a single week, Tamires had more than five interviews, resulting in receiving an offer one month after graduating from the Generation bootcamp. Today, she works as a developer in Serasa Experian’s technology center in São Paulo.

THE ROLE OF TECH IN SOCIETY

Tamires believes the tech sector has an important part to play in addressing social issues. “To me, [the tech sector] has a fundamental role in social inclusion of women, single parents, people with disabilities, people of color and the LGBTQIA+. This is the only way to ensure dignity for others facing similar disadvantages,” explains Tamires.